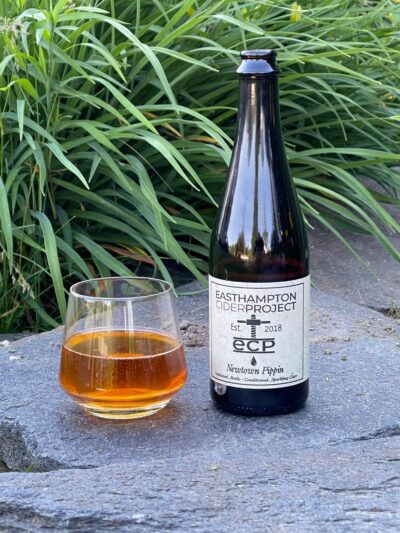 This delicious single varietal cider is made from the Newtown Pippin apple which is one of the oldest varieties in America. It was raised by early settlers in the late 1600’s in Long Island NY. It quickly made its way back across the pond and became well known as an English cider apple. Its fruity flavor is reminiscent of baked apples like you might find in a pie. Keep an eye out for this blend in the early fall!